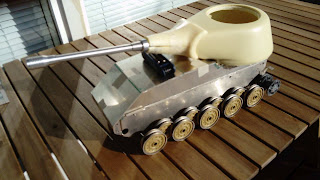 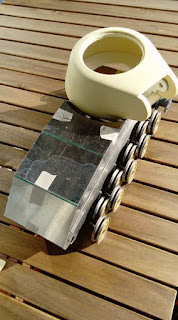 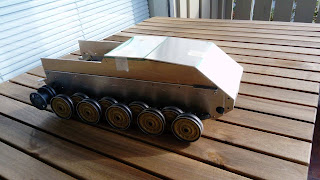 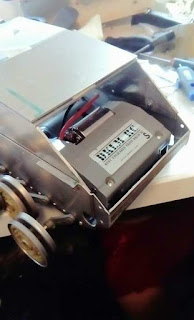 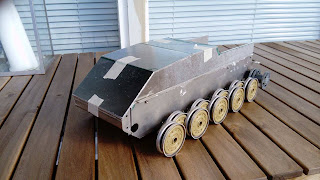 Posted by Jarle Konings at 7:26 AM No comments:

Back with another update on the vk tank. 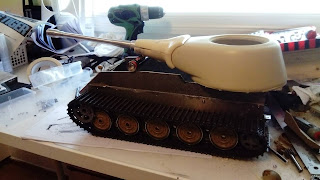 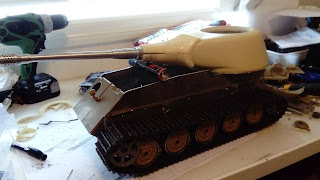 Posted by Jarle Konings at 4:33 AM No comments:

I have been thinking about this vk 7202 monster for a long while. It is a paper tank that they made in to a tier X tank in world of tanks. Witch i myself as a wot player has aquired.

I got myself a vintage tamiya tiger II as the base model of the vk. As the tracks is the same in the game. In real life who know how it would have really looked like. I am going to base mine out of the world of tanks version. Just a little different here and there. To what i believe is more realistic than the game version. Such as the engine deck in the game. There is no way of engine removal or anything in the game version, due to the lack of hatches. So that is something i will look at.

I have bought the turret and barrel from Germany instead of making it myself as i just thought of the time saved buying it allready done. Have tons of other projects. So time saved i guess.

The tamiya model has its drawbacks as i will have to change everything. Drivetrain is changed out to a dklm system instead of the oldschool servo adjusted system. Witch would probably break down after a while. Weight is going considering upwards. So i need a solid system. Mine did not have electrics with it. Bought it allmost built. Waiting for a clark tk60. 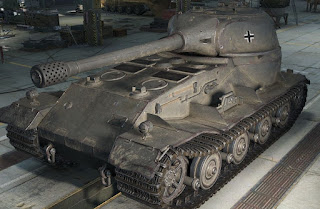 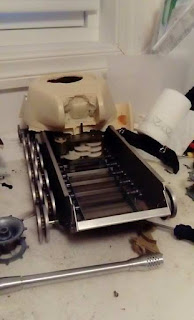 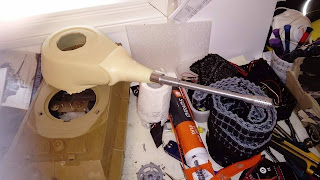 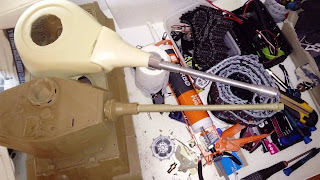 Posted by Jarle Konings at 12:33 AM No comments:

Hi Guys. ​​After drooling on this kit for a long time i just had to get it. Looks right up my alley when it comes to driving style. And nearby locations. So i bought my yeti xl. But as a huge fan of the fallout genre an not least the latest fallout 4. I just had to have something fallout themed. But thougth the original body panels was to small to get what i wanted when it comes to painting sceme. So i got myself a fg beetle body.

And here is my current progress. 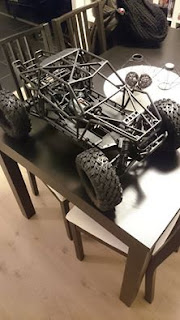 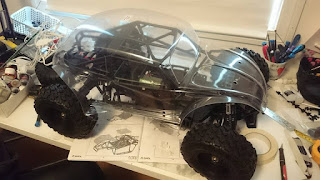 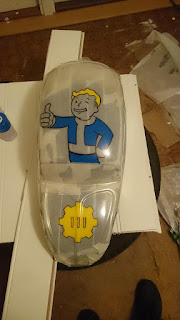 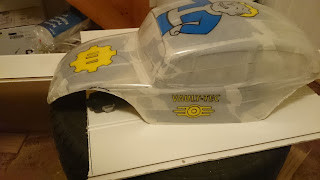 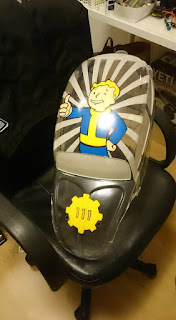 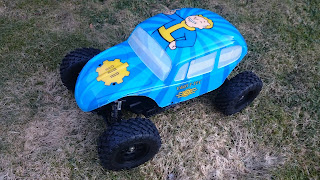 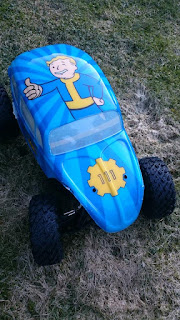 Posted by Jarle Konings at 10:14 AM No comments:

The old chap is feeling a bit rusty. 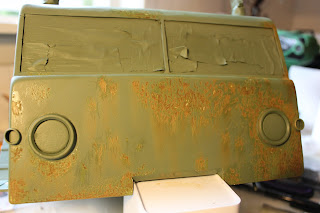 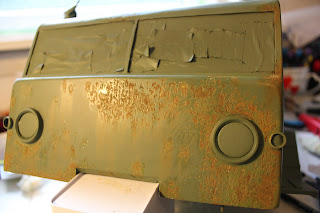 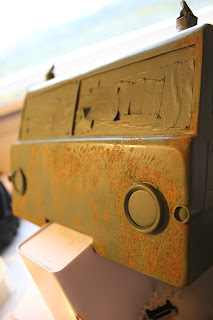 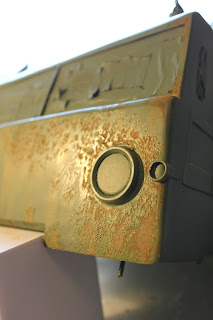 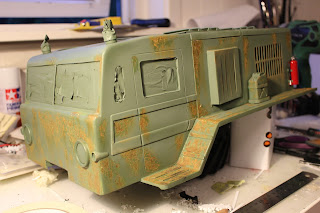 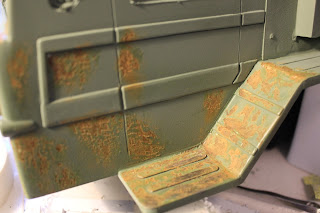 Posted by Jarle Konings at 10:36 AM No comments:

Have finally gotten some work done on the body. And there will soon be painting on it. 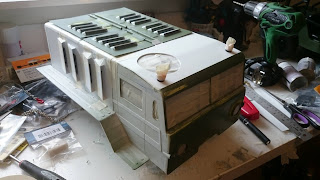 Posted by Jarle Konings at 9:36 AM No comments:

Vid and photo update on the maz 537

Tested the maz some more after axle update and noticed it still is not good enough. The axle housing is flexing to much. And makes the gears inside slip. Gotta think of something else. These axles are not holding up to the weight of the rig. 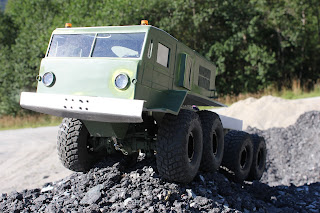 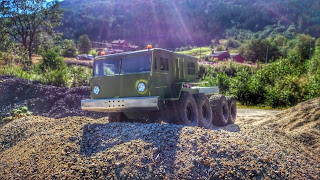 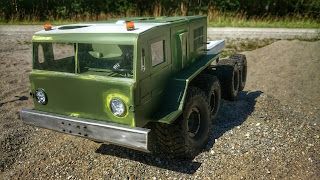 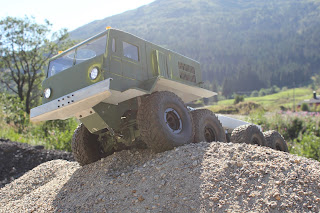 Posted by Jarle Konings at 7:44 AM No comments: